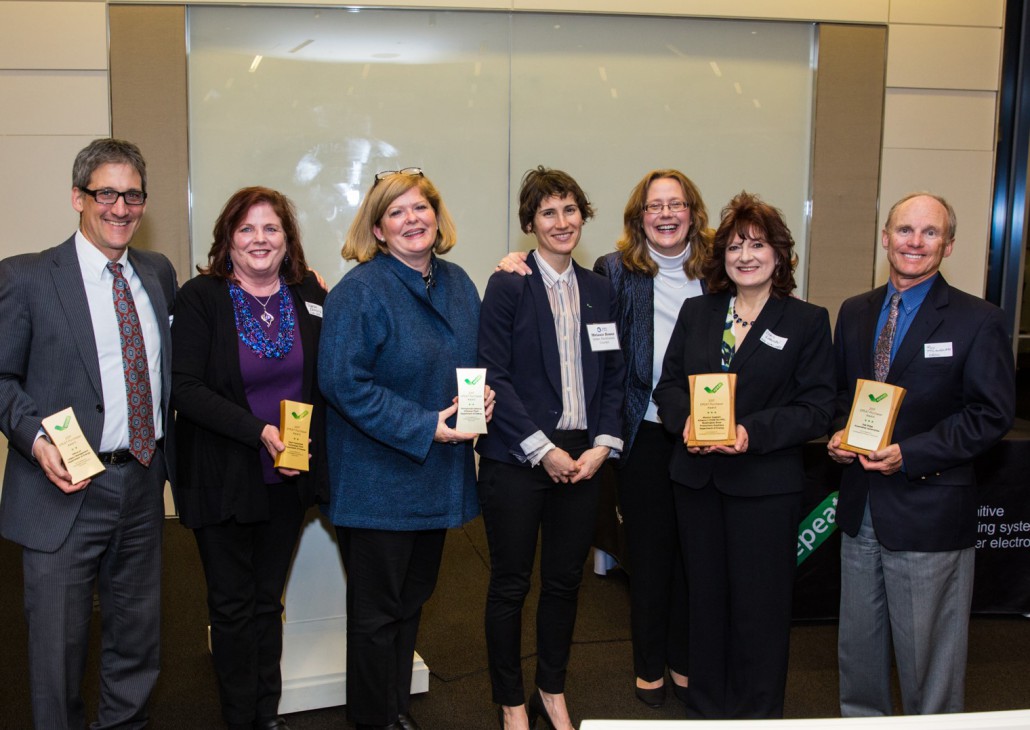 Washington DC– March 14, 2017 – The Global Electronics Council (GEC), managers of the EPEAT ecolabel, presented 37 organizations with a 2017 EPEAT Purchaser Award in recognition of their leadership in the procurement of sustainable IT products. When combined, the 2017 EPEAT Purchaser Award winners realized cost savings of more than $33.8 million across the lifetime of their purchased products. Along with significant cost savings, the 37 EPEAT Purchaser Award winners also recognized considerable environmental benefits from their purchasing decisions including combined greenhouse gas reductions equivalent to removing more than 40,000 passenger cars from the road for a year; a reduction of nearly 769 metric tons of hazardous waste; solid waste savings equivalent to that produced by 2,078 average U.S. households each year; a reduction in energy usage by 327.5 million kWh; and avoidance of 513.8 metric tons of water pollutant emissions. Large-scale public and private sector purchasers globally rely on the EPEAT Registry, the leading online rating system of sustainable IT products, to identify and purchase sustainable IT products. “The EPEAT ecolabel was established to provide large-scale purchasers a way to identify credible sustainable IT products,” said Melanie Bower, Director of EPEAT. “The EPEAT Purchaser Awards allows us to recognize those organizations who chose to realize significant cost savings and positive environmental benefits by making informed decisions about the IT products they purchase.” The Global Electronics Council recognized the EPEAT Purchaser Award winners at a ceremony sponsored by the Information Technology Industry Council (ITI), the premier advocacy and policy organization for the world’s leading innovation companies. Award ceremony speakers included Ian Kirk, a purchaser representative from the Canadian Government, and Joel Sigler, Senior Manager of National Environmental Health & Safety at Kaiser Permanente. The Global Electronics Council also honored the State Electronics Challenge with the 2017 Sustainable Purchasing Visionary Award. Since 2008, the State Electronics Challenge has enabled state, tribal, regional, and local governments, including schools and other public entities, to purchase and manage IT products in an environmentally sound manner. The State Electronics Challenge currently has 167 partner organizations that purchase EPEAT-registered IT products. Award Winners This year’s EPEAT Purchaser Awardees represented local, state, and national governments, healthcare systems, research facilities, school districts, higher education institutions, and private enterprises. In this – the awards program’s third year – the Global Electronics Councilnotably recognized its first India-based EPEAT Purchaser Awardee. Award winners were recognized for their purchases in three IT product categories: PCs and Displays, Imaging Equipment, and Televisions. Award winners earned one star for each product category in which they committed to purchasing EPEAT registered products.